New Zealand Football federation have indicated their interest in hosting theFifa Women’s World Cup in 2023. Which might be their lastopportunity to do so.The Interimchief executive of the federation Andrew Pragnell, confirmed it will submit an expression of interest document by March 15, which is the deadline set by Fifa, as it launched the bidding process last week. 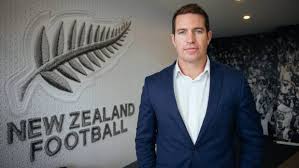 Three days after that, Fifa will spell out the modalities to those interested, and whatis required for them to host the showpiece event of the women’s game successfully. This is whenNew Zealand Football will find out if it has a realistic chance of hosting the World cup. Pragnell confirmedNew Zealand’sinterest. He said March 18, which is the date in which the requirement will be spelt outthrough the bid document is the real deal.

New Zealand has already played hostto three age-group World Cups. Which are the U-17 men’s event in 1999, the women’sU-17 event in 2008, and the u-20 men’s event in 2015. There are among thethree countries to have achieved this feat, alongside Chile, Japan, and Canada, which has hosted four. The last three countries to have hosted the Women’s World Cup have hosted the preceding under-20 women event a year before, as part of their preparations.

Though The world football governing body has not confirmed that will be the case this time around. Nevertheless, u-20 women’s event, which currently involves just 16 national teams, is a smaller logistical task than the 24-team u-3)men’s event. This makes the 24-team Women’s World Cup a logical next step for New Zealand Football. They wereinterested in hosting this year’s event, which was awarded to France, but withdrew their bid at an early stage, which gave an indication that they werelooking forward to 2023.